Thunderstorms affect relatively small areas when compared with hurricanes and winter storms. The typical storm is 15 miles in diameter and lasts an average of 30 minutes. Nearly 1,800 thunderstorms are occurring at any time around the world - that’s nearly 16 million thunderstorms each year!

Despite their small size, all thunderstorms are dangerous. Every thunderstorm produces lightning, which kills more people each year than tornadoes.

Heavy rains from thunderstorms can lead to flash flooding.

Damaging straight-line winds are another threat posed by thunderstorms.

Hundreds of trees were blown down by straight-line winds in Sawyer County Wisconsin in July 1977. 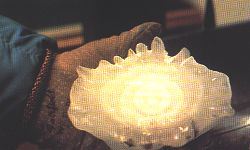 Hail is another costly threat posed by thunderstorms.

Tornadoes are nature’s most violent storms.

How Do Thunderstorms Develop?

Winds bring moisture from the ocean over the land area, lift is provided by approaching cooler, drier, more dense air (a cold front).

In the Developing Stage

In the Mature Stage

In the Dissipating Stage

Where Are Thunderstorms Most Likely?

Thunderstorms are most likely to happen in the spring and summer and during the afternoon and evening hours. In South Carolina and Georgia thunderstorms can develop year-round and at all hours. The National Weather Service considers a thunderstorm severe only if it produces

A Severe Thunderstorm Watch means conditions are favorable for thunderstorms to become severe...or severe thunderstorms to move into the watch area. Watches are intended to heighten public awareness of the possible severe weather threat. Keep an eye on the sky. Stay tuned to National Oceanic and Atmospheric Administration (NOAA) Weather Radio or local radio, television, or cable to know when severe weather warnings are issued for your area.

A Severe Thunderstorm Warning means a severe thunderstorms poses an imminent danger to life and property to those in the path of the storm. When severe weather is indicated by weather radar, or is reported by trained SKYWARN Severe Weather Spotters or law enforcement officials a warning is issued immediately.

Severe Thunderstorm warnings are sent to local radio and television stations and are broadcast over your local NOAA Weather Radio serving the warning area. These warnings are also relayed to local emergency management and public safety officials who can activate local warning systems to alert communities to the danger. 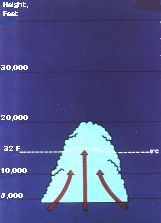 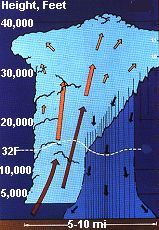