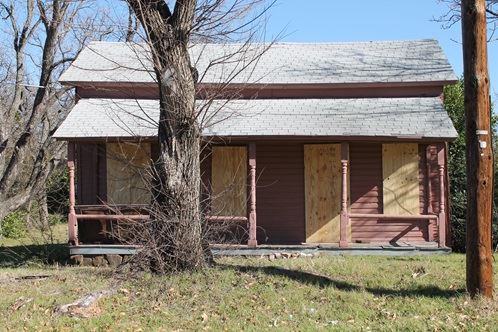 The Woods House, located at 1015 Hill Street, is believed to be the last remaining Quakertown house in Southeast Denton. In Quakertown, the house originally stood a block and a half away from the College of Industrial Arts (Texas Woman’s University). And was across the street from the original Fred Douglass School. William Evelyn Woods owned the house, which he purchased for $600. He rented it out to residents while he remained on his farm located near Pilot Knob in Argyle. In 1921, William Evelyn and his wife Alberta decided to move from the farm to the house in Denton.

However, during that same year the City of Denton began forcing residents of Quakertown to relocate to make way for a public park. With this decision, the Woods family sold their property in Quakertown and bought 8.8 acres on Solomon Hill. The Woods House will face one final move as it finds its new permanent home at the Denton County Historical Park. 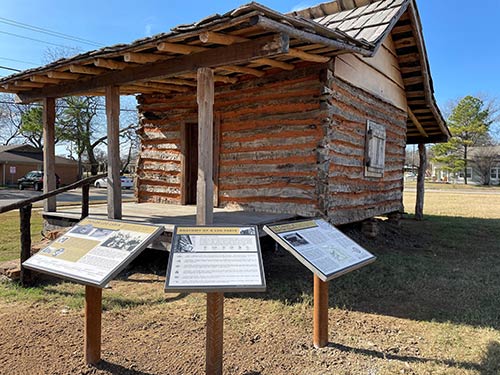 The 150-year-old Taylor Cabin is one of just a handful of Denton County structures left from its time period. The land it once stood on was bought by William and Susanah Wilson when they first moved to Texas from Indiana in 1854. The cabin was sold to Augustus and Esther Serren in 1858. While the Serrens owned the property, it is not known if they are the ones that built the cabin.

By using tree-ring dating, Dr. David Stahle of the Tree Ring Laboratory confirmed the wood logs from the cabin were cut between 1867 and 1868. Eventually WA. Serren, son of Augustus Serren, sold the property to John William Taylor in 1903.

About the Taylor Cabin

John William and his wife Ida Taylor raised their ten children in the cabin and farmed the land. The family grew corn, cotton, and peanuts, and often sold their cotton crops to a gin in Lewisville. The Taylors also raised dairy cattle, and sold the butter they churned in town. Eventually, in 1907, John William built a barn near the home. The Taylor family survived the Depression by sharecropping.

Their son James helped to support the family by working on the railroad to earn extra income. In the 1940s, the Taylors’ cousins helped to get electricity in the cabin, which made living there more comfortable for the family. John William and Ida lived in the cabin with their son Robert until they passed away in 1943 and 1952. Robert continued to live in the little home and farm the land until his own death in 1992.

The structure now sits in the Denton County Historical Park, awaiting the completion of its new, permanent foundation.

Check out the map to see where the Woods House and Taylor Cabin will be located. And, check out the rest of our future Historical Park plans! 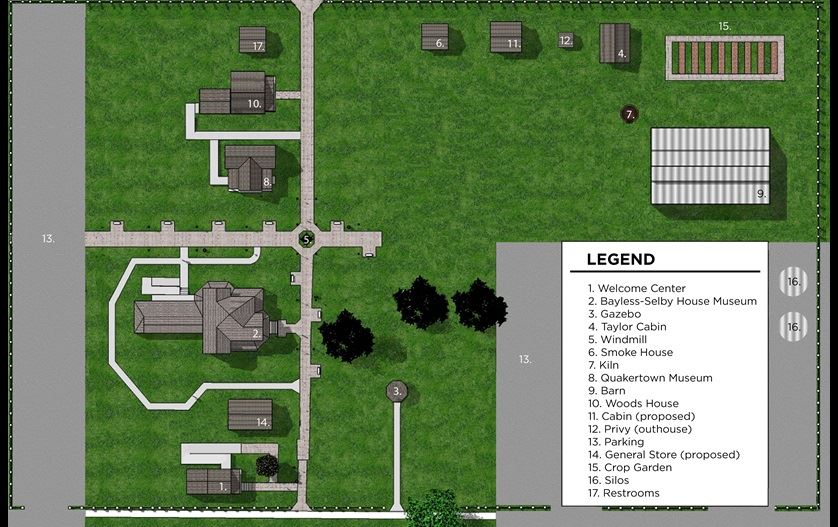