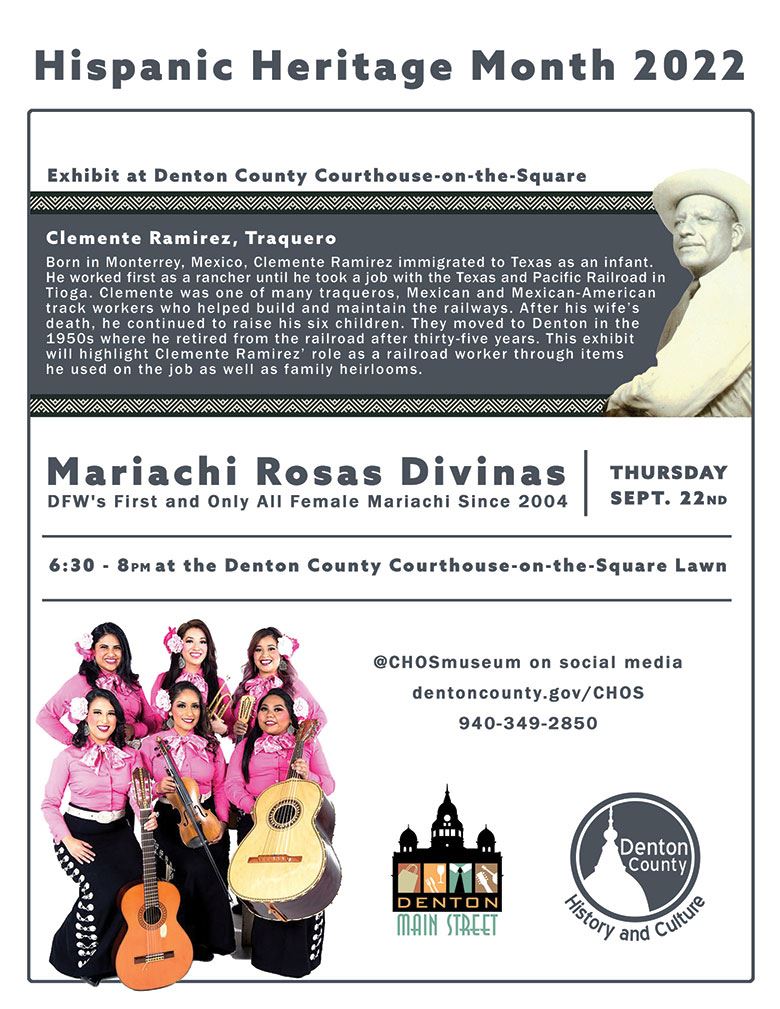 Exhibit at Denton County Courthouse-on-the-Square
Clemente Ramirez, Traquero
Born in Monterrey, Mexico, Clemente Ramirez immigrated to Texas as an infant. He worked first as a rancher until he took a job with the Texas and Pacific Railroad in Tioga. Clemente was one of may traqueros, Mexican and Mexican-American track workers who helped build and maintain the railways. After his wife's death, he continued to raise his six children. They moved to Denton in the 1950s where he retired from the railroad after 35 years. This exhibit will highlight Clemente Ramirez' role as a railroad worker through items he used on the job as well as family heirlooms.

Mariachi Rosas Divinas
DFW's First and Only All Female Mariachi Since 2004
Thursday, September 22
6:30 - 8 PM at the Denton County Courthouse-on-the-Square Lawn