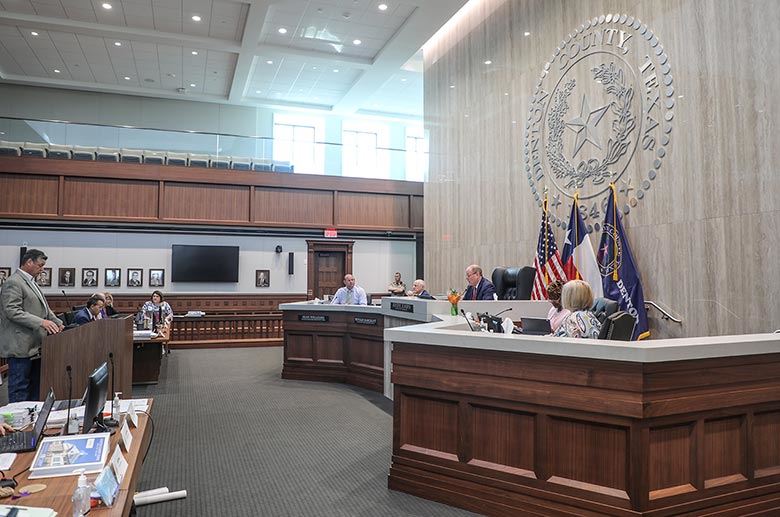 “We appreciate voters’ trust in 2008, allowing us to use the $310 million to help build significant road projects in our communities as well as in the county and on state and federal highways,” said Denton County Judge Andy Eads. An estimated $497 million in road bond packages in 2004 and 2008 were used to help fund and construct more than $8.4 billion in roadway projects.

Officials met with local municipalities as well as state officials to determine long-term needs for the growing area. Denton County is one of the fastest growing in the U.S., with 82 additional people becoming a resident in the county every day.

The projects are slated to provide congestion relief and safety improvements. More than 110 projects have been identified to date, both large and small, in all four precincts of Denton County. A list of proposed projects is available on the website at www.dentoncounty.gov.

Among proposed projects are Loop 288 West and Loop 288 East frontage roads, FM 1171 West, I-35W frontage roads, US 377 north and more. Denton County uses funds from the bond programs to begin engineering, right-of-way acquisitions, utility relocations and other start-up costs to ensure state and federal highway projects are potentially given higher priority. In addition, the county works with area cities to cover a portion of costs to improve or expand major thoroughfares.

“Keeping our taxpayers in mind, regardless of the projects or need, remains uppermost in importance,” Judge Eads said, speaking on behalf of the Commissioners Court.