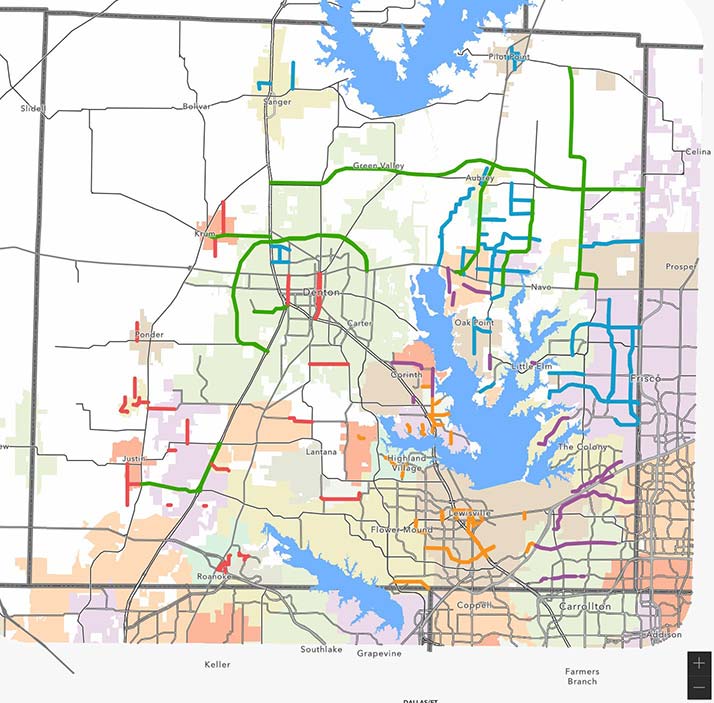 October 21, 2022 – The Transportation Road Improvement Program – 2022 (TRIP-22) is listed as Proposition A on the Nov. 8 Election Day Ballot. The program, if approved by voters, will fund more than 119 projects in more than 32 municipalities and unincorporated areas.  The projects include state highways, local arterials within cities, safety improvements, and county roads and bridges.

Denton County is routinely in the top 10 fastest growing counties in the nation by percentage. Denton County's population grew approximately 43.5% from the 662,614 people who lived in the county in 2010 to an estimated 950,660 in 2022, according to the U.S. Census and the North Central Texas Council of Governments (NCTCOG).  For comparison, the population in the U.S. grew 7.4% and the population in Texas grew 15.9% during that period. Denton County grows by an average of 82 people a day.

“As more and more people choose to take advantage of all that Denton County has to offer, diligence is required to ensure that the transportation infrastructure will be in place to serve both existing and future residents,” said Denton County Judge Andy Eads. “We have seen our roads get more congested, leading to longer commutes and delays of our first responders heading to emergencies."

“Our partnership with the Texas Department of Transportation (TxDOT) and the North Central Texas Council of Governments has resulted in many transportation successes including the widening of IH 35E from the Denton/Dallas County line to US 380 to add additional capacity throughout the corridor, widening FM 1171 from IH 35E to IH 35W to 6 lanes, extending FM 2499 from the Dallas/Fort Worth Airport to IH 35E in Denton, and the widening of FM 544, FM 423, FM 2181, FM 407 and many more,” Judge Eads said.

Denton County was able to complete transportation projects while managing its road bond debt to maintain an AAA bond rating. Denton County is one of only seven counties out of the 254 counties in Texas to attain this rating.  During that same period, the county’s tax rate has dropped from $0.28.49 per $100 property valuation in 2012 to $0.21.75 per $100 property valuation in 2022.  Lowering the property tax rate to the lowest level in over three decades has resulted in Denton County having the lowest countywide tax rate of the 15 most populated counties in Texas. 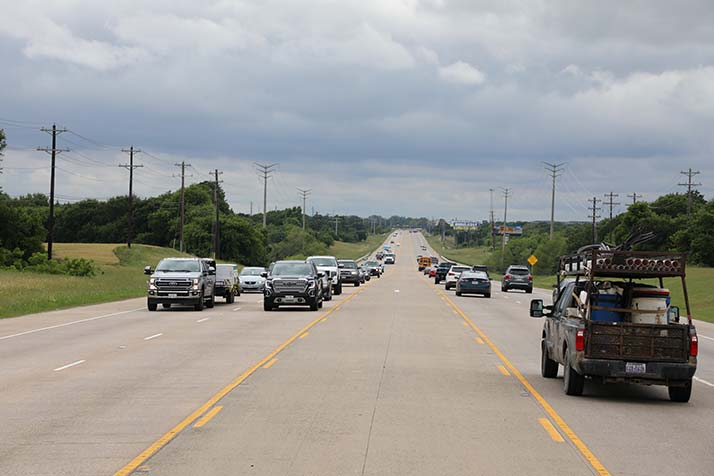 “Farm to Market roads in previously rural areas are struggling under the congestion occurring in the northern and eastern portions of our county.  Roadways such as US 377 through Pilot Point, FM 1385, FM 2931 and Loop 288 West need widening to meet the residents’ needs,” Judge Eads said.

“Our communities are linked by many arterial roadways such as these that have been operating at or above capacity rates for years, as well as small asphalt and substandard roads under stress from increased heavy truck and local traffic.” Judge Eads said.  “Many new schools have been built and filled within Denton County, putting more strain on our overburdened system.”

TRIP-22 was planned and developed to provide Denton County with the tools needed to accommodate the county’s future growth.  While providing the required local participation funds to advance the many TxDOT on-system projects critical to Denton County citizens, TRIP-22 is focused on local roads both within and between the communities across Denton County.

What will I see on Proposition A on my ballot?

"THE ISSUANCE OF $650,000,000 GENERAL OBLIGATION BONDS FOR CONSTRUCTING, IMPROVING, REPAIRING AND MAINTAINING ROADS, BRIDGES AND HIGHWAYS WITHIN DENTON COUNTY, INCLUDING CITY, STATE AND COUNTY STREETS, ROADS, HIGHWAYS AND BRIDGES AND PARTICIPATION WITH FEDERAL, STATE AND LOCAL PUBLIC ENTITIES RELATED TO SUCH IMPROVEMENTS AND THE IMPOSITION OF A TAX SUFFICIENT TO PAY THE PRINCIPAL OF AND INTEREST ON THE BONDS."

What does strategic funding mean?

Strategic funds are funds that will be used to advance projects that are not clearly identified at this time. Since the implementation of bond programs actually take years or decades to fully expend, many new projects or needs are identified during that time. The strategic funds, if approved by voters, would be used by the members of Commissioners Court to conduct engineering, right of way acquisition and utility relocation for new projects.